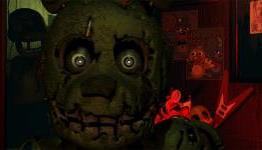 Destructoid:"While it has been a mere four months since the last sequel was released, Five Nights at Freddy's 3 is set years after the events of the first game. Crafty businessmen keen to exploit the gory legacy of the infamous Freddy Fazbear's Pizza restaurant have assembled a slapdash haunted house attraction, Fazbear's Fright, using real props and recovered animatronics from the infamous murder restaurant. What could possibly go wrong?"

Adhttps://www.releases.com/?utm_source=n4g&utm_medium=native&utm_campaign=c1
- Comments (0)+ Comments (0)
TopNewestOldest
The story is too old to be commented.
50°1