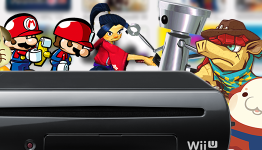 Nintendo Should Focus More on the eShop

Is it time for Nintendo to put a stronger focus on their own webstore, the eShop?

Adhttps://store.steampowered.com/app/1488200/Symphony_of_War_The_Nephilim_Saga/?utm_source=n4g&utm_medium=native&utm_campaign=sow_n4g_native&utm_content=png
- Comments (22)+ Comments (22)
TopNewestOldest
Expand all
The story is too old to be commented.
2760d ago

Their digital storefront could definitely use some work, and their weekly sales/promotions are by far the worst in the industry. Hopefully the recent shake up with Club Nintendo is signaling a change in strategy.

A change in strategy? From Nintendo? That would be unprecedented in the lifetimes of virtually everyone here.

Nintendo always botches is. There's no reason they can't get all their classics released in a reasonable time frame. We just barely got DKC for crying out loud.

I am pretty sure that Nintendo would released the DKC if they could, I think Microsoft owning Rare was the reason we got them late.

Pretty sure Nintendo owns full rights to all Donkey Kong characters and the rights to the original games.
It's only the Kremlings that I think they don't own, for whatever reason, which is why Tropical Freeze and DKCR didn't have them.

they already released DKC 1-3 on Wii U

Nintendo need to focus more on creating an account system similar to PSN.
Big regret me buying loads for Wii and Wii U, then losing it all because of no account system.

After the emulator reply I don't believe you bought loads of stuff.

Dolphin emulator will let me play every game from Nintendo's home console. Hopefully Wii U soon.
Refuse to buy from Nintendo!

You've just officially guaranteed that no one that isn't a hacker, troll, or hater will take your opinions on Nintendo into consideration around here, anymore.
Congratulations, pirate.

I want an actual account. And snes games on my 3ds.

Prices could use work. Or at least more sales that actually boast more than a small handful of games. I'd like to get pikmin 3 for less than 60 bucks. Doesn't help that Nintendo games at retail almost never drop in price. Skyward sword is almost nowhere to be found and is going for over its launch price everywhere online.

Also N64 games that don't require me to buy a 4th kind of controller to play. So natively played from the Wii u I suppose. I'm also very interested to see if that remastered game rumour is legit and were getting Mario sunshine this year...

I really don't think people get the direction to which Nintendo is going in. I keep seeing people say that they want Nintendo to do something similar to PSN or Xbox live, but they already stated that they are looking more at IOS and Android as their muse for the next-generation. There's a big difference between iOS and PSN, Nintendo wants to move towards developing games for their unified OS which becomes their platform instead of the hardware being the platform. So over the years there may be many forms of Nintendo hardware running on variations of Nintendo's Fusion OS, but game sales would be unified since the game was created for one OS platform. The need for cross buy wouldn't exist, because you just buy the game once. Now I can totally see Nintendo limiting how many devices you can download the software to before charging a fee to add additional devices to the account. But this is completely different from what PSN is doing or where PSNow is headed. This is what Fusion would stand for, not some handheld device that doubles as a home console. Nintendo would still make hardware, but like Apple they wouldn't be starting over from scratch with the introduction of new hardware to the market and the value of the Fusion OS builds because of its library of software instantly available.