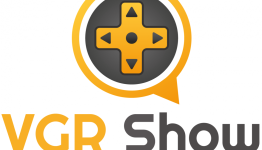 On this weeks show, the death of Maxis Studios, what does this mean for The Sims and SimCity?

Metal Gear Solid V has a release date with details on the Collector’s Edition.

Plus a roundup of ‪#‎GDC2015‬ news, including details on two new/improved engines, Source 2 and Unreal Engine 4; as well as details on the Unreal Tournament alpha that was playable at the show.

There’s a chunk of MMO news, where Dan dispels WOW rumours about the game going free to play and explains what’s really going on.

Would you believe there’s copyright infringement on Kickstarter from a Harry Potter game?

And Dan and Nik share a story about tigers and rhinos in Far Cry 4.

Adhttps://store.steampowered.com/app/1488200/Symphony_of_War_The_Nephilim_Saga/?utm_source=n4g&utm_medium=native&utm_campaign=sow_n4g_native&utm_content=png
- Comments (0)+ Comments (0)
TopNewestOldest
The story is too old to be commented.
80°4

WOW Dragonflight Gets A November Release