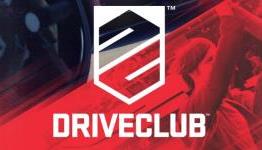 Also the game director announces a brightness option for the game.

About time they added a brightness option, i hate adjusting my TV brightness levels every time i play DC.

I just want to be able to lose that glare. I have highly light sensitive eyes. It's weird driving flat out fir half the race, then virtually driving blind when the track turns toward the sun. I have to set the time to midday but can't on multiplayer.

I want it realistic, but not dehabilitating!

I feel your pain, but let's be honest, in real life this happens all the time...

So I think it was tough for the Developer to decide how to get that point across without actually doing it, and then decided actually this is how it would be so let's leave it like that..

(Some people are going to love that, and some are going to hate it, it's a tough call) I love it because it makes it feel so much more real...

-But I also get how it can be bad, especially if because of your TV settings the game was already too bright- Then yeah then the brightness is blinding and really annoying..

I know because I play in two different places one where the Monitor is fine and the effect comes off as intended and is fine and one (the projector) where it's totally bad and completely blinding.. so I feel your pain player

Some people are not going to get it, because they don't see it, but I get it, because I've played it in both ways and it really sucks when the whole thing is already too bright and you can't adjust it.
I can only tell you if your TV was Bright by default then the effect is totally lost and it becomes really bad not being able to adjust brightness in the game..

If your TV has a PC option I would recommend you try that out. It solved every issue I had: Brightness/screen size/colour/clarity. It was a revelation!

I have what is called "Game Mode" on my sammy TV which does all that, unfortunately, there is no dedicated button for it on the remote and have to trawl through the TV's menu options just to turn it on(i counted around 15 button presses), real dumb of samsung.

What's with the dis-agree monkeys in here?

I can understand those that wanna change the brightness, for me I love going into tunnels on bright day and being blinded when I come out the other end always throws me off causing me to crash sometimes hahaha.

I know that this is off topic, but.... Replays please.

It’s the End of the Road for Driveclub

Sony Is Shutting Down SingStar And Driveclub Servers In 2020