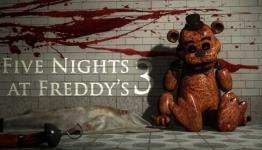 Vgamerz writes: "The last two Five Nights At Freddy’s games were full of well-hidden Easter eggs, and the third game is no exception. Five Nights At Freddy’s 3 contains not only an extensive list of Easter Eggs you’d have to be a god to uncover, but also has multiple endings. Reaching the good ending is no mean feat – you’ll have to complete all the bonus minigames, in order, without fail."