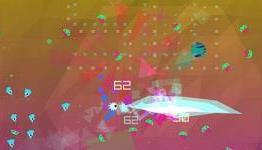 PSLS:
At PAX East 2015, I was able to sit down and try out Vertex Pop’s We Are Doomed, an upcoming twin-stick shooter for the PlayStation 4 and PS Vita, and I had a fun, funky, and hectic experience.

Featuring retro, bright graphics, We Are Doomed is great to look at, and even more great to play. Instead of having long-ranged bullets or missiles, players are armed with a somewhat short laserbeam. As swarms of enemies flood the small arena that the player is stuck in, the laserbeam forces player to properly manage their movements and space around themselves, getting close enough to enemies to kill them but staying far enough away to not be killed.

Adhttps://store.steampowered.com/app/1488200/Symphony_of_War_The_Nephilim_Saga/?utm_source=n4g&utm_medium=native&utm_campaign=sow_n4g_native&utm_content=png
- Comments (0)+ Comments (0)
TopNewestOldest
The story is too old to be commented.
220°21

Playstation 4 emulator for the PC, GPCS4, boots and runs a commercial game for the first time

We Are Doomed Review – GameSpew

We Are Doomed Review | Reviews 2 Go

We Are Doomed Review | The Vita Lounge

Digging Deeper Than the Mainstream – February, 2016