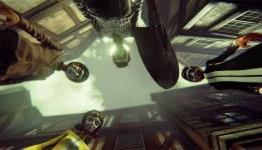 Hands-On Preview: We Happy Few – A Promising Look at an Unsettling Community | DualShockers

by Ryan Meitzler:
Coming off a trippy and unsettling reveal trailer last week, Compulsion Games’ second title and latest project We Happy Few shows the studio working in plenty of new environments (compared with the studio’s first game, Contrast), a completely different style of gameplay, and working within a time period/style that hasn’t been explored to great depth in video games.

While on the show floor of PAX East 2015, DualShockers had the chance to get a hands-on preview of the title, getting a first glimpse at gameplay and being introduced to a world set in an oppressive alternate-history of 1960s London.

Here are the new Xbox Game Pass Quests for June 2022

We Happy Few - The Cost of Joy Documentary