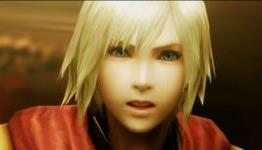 PSLS:
I got to try out Final Fantasy Type-0 HD at PAX East 2015, and, unfortunately, I can’t say that I’m impressed.

While I can’t say I was expecting much visually from the remastered PlayStation Portable game, I figured it would like at least somewhat comparable to other PS4 remasters. Well, this thinking, I guess, was wrong. Type-0 HD still very much looks like a PSP game with its somewhat blocky particle effects, lack of character shadows and lighting, and overall poor environmental textures.

If they sold it for $30-$40, it would have been more palatable. It's kind of reaching to package this game for a full $60+ with the way it looks and plays. It's structured for a handheld experience, not a home console game.

Looking back to 2015 and Final Fantasy Type-0 HD

Up to 35% off Square Enix games on PlayStation 4

Up to 35% off remastered RPG games on PS4