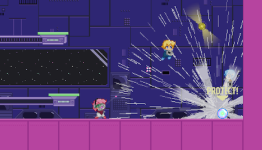 GT:
With Iron Galaxy’s recent success as the developers behind titles such as DiveKick and the Xbox One reboot of Killer Instinct, it makes sense they would want to try their feet in publishing. They have done just that as they have three independent games slated for their New Indie Publishing Program — Videoball, Gunsport, and Capsule Force. These titles all feature one major thing in common, local multiplayer. Iron Galaxy’s publishing adventure is banking highly on local head-to-head multiplayer/co-op being a feature that players desire in the coming year.