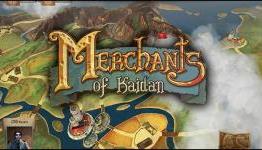 Hardcore Droid: "'Revenge is profitable,' Edward Gibbon famously wrote book The Decline and Fall of the Roman Empire. That could very well sum up the life of Ollivean, the sole surviving heir to a once powerful noble dynasty, who sells his family ring and decides to endure the life of a travelling merchant, aiming to climb back to the top of the social (read: financial) ladder, and avenge his kinsmen’s death. Unlucky for him, his wheeling and dealing is controlled by you, the average hardcore gamer, in Forever Entertainment’s Merchants of Kaidan. And unless you’re willing to put in hours of grinding, swearing, and frustrating map-cross-referencing, his family’s enemies are almost certainly going to have the last laugh."

Adhttps://store.steampowered.com/app/1488200/Symphony_of_War_The_Nephilim_Saga/?utm_source=n4g&utm_medium=native&utm_campaign=sow_n4g_native&utm_content=png
- Comments (0)+ Comments (0)
TopNewestOldest
The story is too old to be commented.
30°0/10 Approvals1