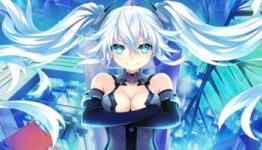 Jorge S Fernandez: "Compile Heart must be seriously banking on the Hypderdimension Neptunia franchise with the amount of games they keep pumping out annually. Hardly a surprise, considering the relatively small budget that clearly prioritizes the moe character designs and scenarios that serve as the bread and butter for their niche fanbase. However, as a continued reviewer of the series, I will be the first to admit that the Neptunia games do feature a robust and easy-to-learn RPG system underneath its fanservice Anime aesthetic."