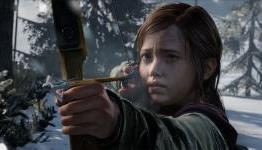 Mark from PN2 lists the 10 best female characters in video games today, ranging from the obvious to the underrated, with a few notable additions from some top selling recent franchises.

Fem Shep. That is all.

Chung li is not on there...

The list could have been greater than 10, which made picking only 10 a hard act. I like to think she would have been in a top 20, however.

Good to see Jade from Beyond Good & Evil there

Needs April Ryan from The Longest Journey though!

Some of my other favorites would include Visas Marr from KOTOR2, Morrigan from Dragon Age: Origins, Chloe Valens from Tales of Legendia, Jean from Lunar 2, and Syrenne from The Last Story

There's a fair few characters that could have been on the list, which is a testament to how many strong, important female characters we have in this industry.

Couldn't have picked that one better!

What?!? I know this article is just a personal opinion of the author favorite female characters. But c'mon where is The Boss from MGS3? She is, in my opinion of course, the best and strongest female character in a video game ever.

Why is there no International Men's Day or White History Month?

I only passingly knew about this, but they are for real... got some good things going on here in the States as well, but I think it's really all for nothing... no one cares about the dropping education of boys or really much of the issues boys and young men face.

do white people even see themselves as a collective... besides ethnic groups from Europe I don't see much general grouping of those of European decent.

Do black people see themselves as a collective?

It seems like some white people do when they feel they are being socially maligned for being white. It's a bit of a lark, anyway. A total misdiagnosis of perspective and social context.

Is this a genuine question? Or are you attempting to make some sort of point about some sort of thing? If it's a genuine question, the reason that White History Month isn't a thing is because the prevailing viewpoint and the actors in histories are predominately already white/European/male. This is already culturally emphasized. If you're trying to be "smart" and asking why there isn't a "white" counterpoint to "black" history month, then you're talking to the wrong people who don't think these things past one step of analysis. Either way, the "White Male" of which I am one, isn't a socially maligned group they way other groups are, i.e. we do JUST fine in terms of how the world treats us.

The Boss from MGS3 is my personal pick.

Ellie is one of the greatest game characters ever! no matter the gender.