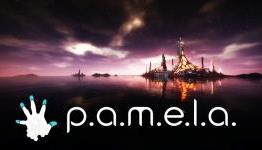 PAMELA is a Futuristic Survival Horror

Green Light Games: PAMELA is a horror survival game set in a futuristic island city called Eden. Toronto based NVYVE Studios revealed the game at the Unity booth at the Game Developers Conference. Inspired artistically by Mass Effect and Mirror’s Edge, the game is striving to create something immersive and new in a genre filled with zombies and jump scares.

Adhttps://store.steampowered.com/app/1488200/Symphony_of_War_The_Nephilim_Saga/?utm_source=n4g&utm_medium=native&utm_campaign=sow_n4g_native&utm_content=png
- Comments (0)+ Comments (0)
TopNewestOldest
The story is too old to be commented.
40°
4/10

P.A.M.E.L.A. Impressions — Yet Another Survival Game, but With Futuristic Flavoring