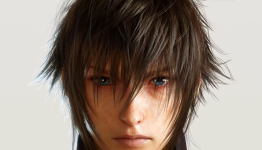 What has changed with Final Fantasy XV

"Now in case you missed it, Final Fantasy XV previously Final Fantasy Versus XIII had a few new trailers released during the past few months, and with these trailers are some notably large changes. With these new re-reveal trailers we were given some new insight into the games new and updated direction. So with that in mind I decided to make a walk through showing the changes the game has gone through. Now let us begin!"-Takuchat.com

Adhttps://store.steampowered.com/app/1488200/Symphony_of_War_The_Nephilim_Saga/?utm_source=n4g&utm_medium=native&utm_campaign=sow_n4g_native&utm_content=png
- Comments (22)+ Comments (22)
TopNewestOldest
The story is too old to be commented.

About two more weeks till we get to play this and see for ourselves how it stacks up, I hope it plays better than it looks.

Seriously though, the development of this was a huge mess.

"Character Switching is gone, you only play Noctis now.

Blood seems to be gone, instead there is an oil like substance.

The ability to equip all weapon types is gone, or at least vastly changed so it is not the same (guns and such are out).

Manual in combat weapon changing seems to have been replaced with decks.

Character switching Combos are gone(You can combo your attacks across character changes — that is, you can keep your combo going when you switch the character you’re currently controlling.)

Hitting enemies with your car seems to be gone.

In Final Fantasy Versus, it is possible to ride on monsters and aim at specific parts of their bodies.

Magitek armor, which “you can actually control and ride.”

Air Ships may appear. That is up in the air.

Other Party members; Before, it had been said that the group would be larger than the 4(though guest are confirmed)

Cell Phone Pics, Noctis was going to have the ability to take pictures with his cellphone."

See this is basically all the stuff nearly which has made me worried for the game. Ever since the change and with Tabata taking over it seems like it's become a little dumbed down.

I really hope people don't get sucked into the hype like they did with FF15 and get hypnotized by the pretty graphics.

I think it looks good and better then FF13 but for what it could of been and what's been removed it makes me sad.

If you've read Taba's interviews you'll see he removed things (didn't say what) because HE didn't like them. Yeah just because HE didn't, the guy didn't take into consideration the people (us) who would be playing the game.

Yeah this worries me a bit. Seems like so much cool stuff was taken out just because one person didn't like them. The game was never even his vision, it was Nomura's.

"The game was never even his vision, it was Nomura's"

Which is why I continue to think of him as an arrogant.

He's trying to quickly turn FFXV into something he wants so he'll be remembered for it, not Nomura who did most of the work.

All he had to do was finish off what Nomura planned out....hell we probably could of had it sooner who knows. Maybe we would of had the demo before Xmas. It's possible.

I still don't see why they picked him to take over, they must of been desperate because the guy has only really done Type-0 and Crises Core.

It's like a rookie taking over MGS after Kojima...you just wouldn't.

It seriously ticks me off how he removes things because HE is to old. -_-

Seriously, we are buying the game, he is not making it for him.

I understand that thigns are going to change through a game's development but I'm worried that FFXV won't be the same game that I was really hyped about a few years ago. Even some of the newer gameplay videos look different than what was shown a while ago. I don't want to be skeptical. I really hope this game is a return to Final Fantasy being great. But I've gone from feeling 'gleefully excited' to 'cautiously optimistic'.

combat doesnt need to be like kh. this is ff
map was always gonna be like this, i dunno why you expected a small overworld
manual weapons were never in to begin with, read nomura's 2011 interview
he can still equip all weapons, do you want them to show everything in a demo?
hitting enemies with car was never an option
ride on monsters was never a thing , you can still climb onto bigger ones and attack parts.
magitek armor is still in
the group is still larger than 4 even if theyre not permanent party members. the car always had 4 seats so i dunno how you assumed more will be permanent
the cellphone is yet to be addressed .

fact is nomura's version was shovelware.
he got 8 years and he didnt do jacks*** with it. he wasnt even busy with any mainline kh games .
we get he designed the game. and then he miserably failed to make it.this nomura defense force needs to quit already.

Can't say much about everything else but the whole the combat doesn't need to be like oh this is f2f statement is b.s.. y? Because a big factor that got ppl hyped for this game back in the day was it was described as a darker kh basically.

The first half of your post was correct, but when you got to attacking Nomura, you became a bit silly.

Nomura's version was NOT shovelware. In fact, you just pointed out that his "version" is not so different to the current "version." The game suffered from a development nightmare due to the production of the 3 FF13 games and KH3D.

His development team DID do a lot of work. The problem was that Square-Enix decided around late 2010/early 2011 to change the platform from PS3 to PS4/X1. That was what caused the gigantic delay after 2011. If the game was still heading for PS3, it would have been out by now.

Of course, along the way, many design changes were made to the gameplay and combat mechanics. It became less Kingdom Hearts menu-based style and more deck-based style (I guess similar to Birth by Sleep and Dream Drop Distance). My only problem was that you could no longer play as other party members. I really don't know why they changed this.

You should actually read the article, it might help you understand things more.

We really don't know what made it into the final game or not. It's only 60% done and this is a demo.

Taba already said that he's trying to fit some of those things you mentioned in the final game. Such as Airships(not just in the sky) for example.

We really need to stop trying to see all the negatives with this game man. Let's wait until it comes out first.

The world map was scratched by Nomura himself, as were airships. Did you guys miss the reports or are you choosing to pick the early information and neglect what was later released by him?

Do you have any evidence of this? Cause all I can find are tons of links with Nomura saying it will be in?
http://lusipurr.com/2015/01...

Are you serious? We saw pictures of the overworld back in 2008, which Nomura then scrapped in favor of a proper open world seen in 2011's trailer...in fact we can even see parts of that world in FFXV now, including the gas station.

A forum post is not proof, you need a link to the actual interview where he says it actually happened, not someone assuming this.

I can't find anything where he says it, just this single forum thing. :/

Dude but haven't you seen the 2011 trailer?? the overworld was gone by then! Jesus Christ.

- It works like GTA, the majority of the maps are open ended..."

2011 trailer, where the overworld had been scrapped in favor of a traditional open world:

It is inconceivable that in this day and age, Square would allow a PS1-style Overworld world-map.

Of course, the world map would turn into open-world wilderness. That's only natural. The only reason older FF games used a world-map was because implementing an actual open world was too difficult at the time.

Ask Normura to finish this game and wait 10 years.

I know some purest would not be happy with the changes. but I thinking this game is going to be high successful, and will change the development of the series going forward.

The ugly truth is people not gonna get the same game what they expect vs13 trailers is now officialy dead in everything i suspect the gamestory is changed too, and who knows maybe there will be idiot sequels too.Tabata created type0 that was ok game imo not the best it was pretty boring gameplay... nomura would be much better for ff15.