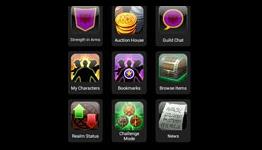 Why everyone Loves MMO Apps

In a weird way, you could say that apps have conquered the world. Due to the massive surge of smart phones and tablets, the number of apps has ballooned over the last few years. Of course, there are also apps for mmorpg games as well. While there can be a wide range of utility associated with such mmo apps, they are definitely useful in a number of ways.

I feel so left out when they say "everyone". I don't even know what the heck an MMO App is and seriously doubt that I will ever need it.