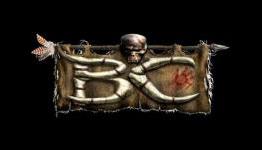 Kickstarter to Bring Back Molyneux's Dino Game BC Launches. Is Immediately Suspended.

Marcus Estrada writes: "Here's something you don't see everyday on Kickstarter. Someone recently put up a campaign with the goal of getting the attention of Lionhead Studios. Back in 2002, Intrepid Computer Entertainment, announced a title called BC. It was meant to offer up a new gameplay experience where players would play through a prehistoric "caveman" world, doing their best to survive the harsh reality. Lionhead Studios felt the project was too ambitious and canceled the studio's efforts in 2004. Now, in 2015 someone with no rights whatsoever for BC has put up a campaign to "Bring Back BC."

You'd think they'd realize that making a kickstarter of an IP that they don't own nor would they make, isn't such a good idea.

You'd think they would think about that before posting it up.

12 seconds on Kickstarter is not going to change anyone's mind about making or not making a game.

I dont understand. Shouldnt all kickstarters go through some sort of moderation process before idiots put whatever goals they want up their with the intent of suckering money from people?

Or does Kickstarter simply not give a damn and is out to make a cut on all campaigns funded?

The money only gets transferred if the campaign is successfull. So you have like those 30 days to do all that.

Was looking forward to bc back in the day.

I as well was looking forward to this game. I wish someone would pick this up and make it instead of wasting our time with all these damn remastered editions of previous games

I personally wish Lionhead would give BC another go. I thought the concept looked nice and different.

5 Potentially Awesome Games that Never Saw the Light of Day