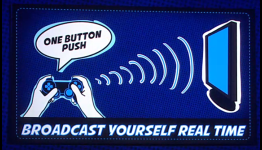 How To Use Your Android Smartphone as PS4 Controller

Sony introduced the PS4 Remote Play on it’s flagship Xperia Z3. The feature soon made its way to Xperia Z2 in form of an update. The PS4 Remote Play is a god-send for all the hardcore gamers who at times tend to get lazy. Despite the app’s insane success, Sony decided to keep it limited to only Xperia Z2 and Z3. This was infuriating and frustrating for a lot of other people who wanted the same feature on their phone.

That is just awesome.