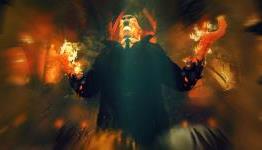 Push Square: "Zombie Army Trilogy is an enjoyable co-operative shooter that's a lot of fun when played with others. Unfortunately, it runs out of steam all too quickly, giving you a severe dose of déjà-vu once you realise that you're playing very similar encounters, with only the backdrop changing. As a result, you'll have had enough of shooting zombies in the noggin well before you reach the end of its campaign, and while you'll look back fondly on the early hours that you spent with this title, you'll wonder if it was really worth bringing it back from the dead on the PS4."