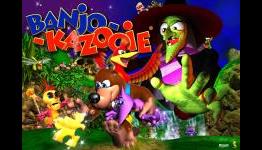 Is There Any Place for Cutesy Mascots in Modern Games?

GamesRadar - For those who haven't yet heard, I hate to be the bearer of bad news, but Sonic isn't doing too well. After the glitch-filled, barely comprehensible Sonic Boom launched with a fizzle and a whimper, players began to voice concern that there just isn't room for Sonic anymore in the modern gaming landscape. Voiced again, rather, since that same question comes up every time the Sonic series churns out another disappointing title.

Sonic Generations was a fantastic game and proved Sonic could still be a lot of fun, they just need to go back to doing that again!

How Crash And Spyro Went From PlayStation To Xbox