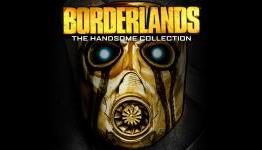 With a few more weeks to go before its launch Sony has placed The Handsome Collection of Borderlands on the PS4's EU PS Store and along with it comes the game's filesize.

Thats actually smaller then i thought (thats what she said) i was expecting something like 40GB considering it is 2 games with all the DLC.

Same here, it you would take into consideration that some PS3 games actually filled up to 40-50GB that is rather small.

Could it be ? the game is compressed ? and would take a longer loading time while u play it due to that ?

Or they just done a great job into fitting it as small as that :)

Yes it is compressed, just like most of the games nowadays. If recent games weren't compressed they wouldn't fit on 1 blu-ray disc

PS4 and Xbox One games when they are digitally downloaded you download the entire uncompressed image.

An image can be compressed while on disc, thats why games require a mandatory install, to install the system require files (engine etc.) to the Hard Disk, engine files, HD imagery and HD Audio are often huge files, directly loaded and uncompressed to the hard disk.

You see constantly compressing and decompressing while playing a game takes a huge toll on your CPU, sometime that is definitly not preferable hence why no image is ever directly played from a compressed state.

@bars88 I was indeed talking about games on disc. You're right though.

Not too large, but was expecting much more. I am looking forward to this, but on Xbox One. I've played these games on PS3 and this time I went with the Xbox experience.

still not happy that we won't get to play the first borderlands game in this collection.

Thats something I don't get either, including it;s like including Star Wars 1,2,3 and 5 but skipping 4

money brother that's all, gearbox have proven track record of being greedy so that's all

borderlands 1 may be remastered as a standalone game

so now they can charge gamers twice

Well, it is The Handsome Collection, so it isn't surprising to see Borderlands 1 not included as Handsome Jack wasn't really part of that game. I agree though, I can't see why they couldn't of called it "Borderlands: The Ultimate Collection" or something like that with all three included.

That's all we are saying, just call it borderlands complete collection with all the dlc

The preorder is still not on the PlayStation store. What's goin on?

I can't wait for a Borderlands game on the current generation systems, and now it's soon to arrive! I can't wait to begin grinding levels and farming for loot once again! It's gonna be a good time!

Borderlands: The Handsome Collection is free at Epic Games Store

Pandora's Box: The Full Story of Borderlands Lore is an Epic Tale For the Ages