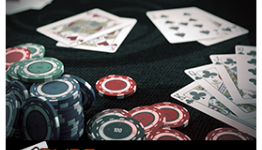 Breaking news from Inferno at 4 Guys with Quarters who had a chance to hang out by the Ripstone booth for a bit at PAX East 2015. Infero has confirmed with Ripstone that Pure Hold'em will be having a beta on Xbox One within the next 2 weeks. So get your poker faces on and follow hashtag Pure Hold'em on twitter. This is an opportunity to not only test out the game but to test your skill!

Go all in with style thanks to the Pure Hold'em: Jackpot Bundle

Take down the house with the latest Pure Hold'em Bundle

VooFoo Studios celebrate more than 5.5 million downloads across their 10 years

Grab some cheap content with the latest Pure Hold'em DLC

Macabre Card Deck arrives for Pure Hold'em on Xbox One