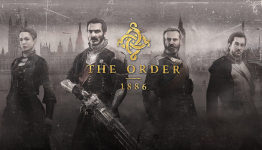 "Quite out of the norm for a games journalist, but I deliberately stayed away from anything to do with The Order before its release, as I wanted to get as excited as possible, which for me means seeing very little until I can get my hands on it. As much as I tried, the eventual buzz that circulated around various YouTube videos meant that I had to acknowledge people’s concerns a little early, and I have to admit that my concerns also started to come to the surface. But now that the game is out, and I’ve managed to get the platinum with 100% completion (thank you), does it hold up?"

Adhttps://store.steampowered.com/app/1488200/Symphony_of_War_The_Nephilim_Saga/?utm_source=n4g&utm_medium=native&utm_campaign=sow_n4g_native&utm_content=png
- Comments (0)+ Comments (0)
TopNewestOldest
The story is too old to be commented.
230°37