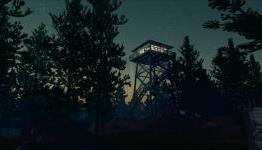 Hands-On With Firewatch: Humor, Frenzy, And A Ton Of Intrigue | Game Informer

GI:
Campo Santo holds a lot of promising talent with members who previously worked at studios such as Telltale, 2K Marin, Klei Entertainment, Double Fine, and Lionhead. Its debut game, Firewatch, has been largely under wraps with only a few clues trickled out here and there. With details so vague, many aren't sure what to expect from the game. Getting some hands-on time finally clarified a bit about the adventure, even if it still has an aura of mystery to it.

How Firewatch Helped Me Reconnect With the Outdoors

Top 10 Walking Simulators on Xbox One