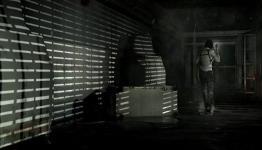 Here are Three New Screenshots for The Evil Within: The Assignment

With a only few days left until its release, Bethesda continues to roll out new screenshots for The Evil Within’s first story DLC.

It seems that Julie might be short on weapons in the expansion. I cant wait to try the new KURAYAMI Mode. I hope its different than Akumu mode somehow. I mean the name is different, so it should be different.

Bethesda did say there will be a bigger focus on stealth in this DLC. I don't know what KURAYAMI stands for. I could not find a definition sadly.

But I'm excited to play this. Playing as the Keeper in the third DLC, should be lots of fun too.

Its funny, i remembered they said The Keeper DLC will the first to be released and i was so disappointed because i wanted to experience Kidman's dlc story first. But also at the same time, i wondered how the hell exactly are we gonna be playing as the Keeper and who will we be chasing and killing? My guess, they got stuck at the same question.

I really think it will be a hard dlc to make but hopefully they do it right and hopefully a current gen sequel is in the making. I just cant get enough of this beauty.

From what I've gathered, it will be mission based maps with objectives. I guess like the Arkham games'challenge maps, but as The Keeper.

I hope its amazing. I cant wait to lay some traps as the badass Keeper. And his entrance is amazing.

Also KURAYAMI means Darkness/Girl of Darkness. Or that's what the dictionary says.

My guess, there will be no Flashlight! Or light at all in that mode. I don't want to hype myself more for it. Just 3 more days.

i finally got my platinum trophy for this game, intense game. looking forward to the dlc!!

Thats great. I got it three days after the game was released ^_^ . It took me five awesome playthrough. Chapter 11 kicked my butt so hard. Its funny though, people complained about Chapter 6, i finished it on the first try lol. I had the tons of flash crossbow bullets and fully upgraded the flash duration. I guess i was super lucky.

Whats the issue with chp. 6?

How Ghostwire: Tokyo Emerged & Evolved From The Evil Within 3's Ashes