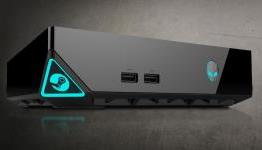 Steam Machines And Their Identity Crisis

AsidCast says, " Not long ago, Steam Machines appeared as revolutionary concept, bringing Steam and Valve to your living rooms and something that might challenge the consoles on their home turf. Now, it just seems like another rebrand to pre-built PC’s minus the benefits of a pre-built PC. Doesn’t make sense now, does it? Bear with me and it will."

Adhttps://store.steampowered.com/app/1488200/Symphony_of_War_The_Nephilim_Saga/?utm_source=n4g&utm_medium=native&utm_campaign=sow_n4g_native&utm_content=png
- Comments (22)+ Comments (22)
TopNewestOldest
The story is too old to be commented.

would I swap my PC for one of these and why would someone choose one over a PC.

I don't see a point unless they heavily subsidize this or they release exclusives in turn pissing of their other PC players. Valve is in a tough tough situation.

Valve aren't in a tough situation, i honestly dont see why they would be , as they aren't the one producing these steam machines. What they are doing is help broadening the PC market. Reaching out to those who DO NOT want to buy a pre-made windows PC which are always filled with tons of shovelware crap in em.

http://store.steampowered.c...
This is just a handful of games compatible with steamos .

Now obviously you don't see the point if you are someone who build his own PC , there is really no point to get one of those, you can just install the os and dual boot it or get SteamLink , which is how they are reaching to us PC gamers who are in the know of how to build and maintain a computer.

Problem with this is it doesn't make sense to buy it over the other products. It doesn't do good on anything relevant. It's too expensive for a casual product and too weak to handle the hardcore current gen games.

bravo,you have found the target demographic of the steam machines.

If you already have the capacity to build your own computer, Steam Machines are not for you.

Unless you want a small form factor living room machine, building your own computer will probably be the better option.

The key here is that now these sorts of options exist.

These aren't aimed towards pc gamers. With that said, I see zero reason to choose one of these over a mid priced PC with a graphics card.

If they aren't for PC gamers they don't stir up things enough to convert console players towards them.

Steam Machines are PCs. The environment is much more open than PCs running Windows; they are based on open source software, development tools are open source and free, gamers get control on their PCs, etc.

Valve is opening PC platform and that is great for gamers and developers.

Um...Linux existed before Steam and will exist after. Recent development tools like the Steam Source 2 engine or Unreal Engine 4 are free as well on both Windows and Linux.

If you look at it from a gamers perspective, what benefit does SteamOS bring besides being a open source alternative??

@draconian009: Yes the game engines are free but the development (compilers, debuggers, etc.) tools are usually not.

On Linux/SteamOS the tools are open source and free. Because they are open source you are able to port the compiler and other software to platform you prefer to use. For example I have cross-compiler on RaspberryPi 1 and I can make games with it for SteamOS.

Having a company like Valve and others to push the open standards and technologies forward is great. Microsoft is doing their best to have vendor lock-in and I'm more than glad if that will fail.

PC gamers are finally going to have a choice to use PC operating system they prefer.

No competition leads to stagnation.
Look at direct X. Microsoft just started moving, when AMD brought Mantle to the table. Now we've got DX12 in the pipeline. The same will happen, when SteamOS takes off. There will be some healthy competition, which is good for all users.

Btw "being open source" is an awesome thing, which can't be undervalued.

Edit: ... look at edqes post. Explains it in good detail. (and was a bit faster than me.)

That's probably because it's not for us regular PC builders. One of the most cited reasons for gamers who switched to the PS3 and 360 was the hassle of building PCs and the cost of maintaining them. Steam Machines are there to provide a bridge or platform for them-a little pond for them to dip their toes first before making the plunge.

Accessibility is one of the main features for people to pick consoles over a PC. Yes, anyone can Google up PC building guides but in turn that is not one would normally call accessibility.

Plus, Valve is pushing the SteamOs so having dedicated machines that natively run it and it's apps is a no brainer. Again, it'll be easy for us regular PC gamers to get a copy of the OS and instal it ourselves but those who are not technically savvy enough they have Steam machines.

An interesting thought have come up: is it possible that this Steam hardware store will open up a new market- Steam Machines from new PC makers or from Steam Users themselves. I remember a number of PC users were not satisfied with the current ITX cases that are still bulky so they get together to build their own case(M1 Ncase) funded through Kickstarter. A similar group could appear and make truly dedicated Steam Machines to address everyone's current complaints.

There are 3 big problems with Steam Machines

1. There are way too many of them. Valve should have just partnered up with one manufacturer and produced their very own Steam Machine. Having 20 options from different manufactures, with different specs, and different cases pretty much killed any kind of consumer appeal it could have had amongst console gamers, thinking of buying a PC (aka the real audience for Steam Machines).

2. The Price & Specs. vary and cost too much. Most PC gamers can build their own PC for less than the price of the Steam Machine with the same and in some cases better specs. This instantly alienates the PC gamer from even considering one, outside of convenience of having a small boxed PC. The Steam Machine should have aimed for a $300 / $500 / $700 model, and a bonus max model.

3. Linux Steam just isn't on par with WIndows Steam, and it's not going to entice any gamers who know that.

1) The big advantage of having multiple hardware partners is, that the risk is shouldered by many and no one is left out. They all can stay in the market and profit from the label "Steam machine". Also the options and different designs might have a ceratin appeal for ppl with different tastes and exspections.

2) The prices are too high. I give you that. They can't compete in the moment considering the bang for the buck the PS4 and even the X1 offers. But time is working for the steam machines: every year the PC hardware gets cheaper for the same power, which means you will get a really powerfull machine for low in 2-3 years. It's just starting.

3) SteamOS will be really convenient for gamers. That's what they are aiming for. Making it more accessible for ppl, who actually want just use a PC for entertainment and gaming. They are doing a good job in that regard. And some competition might be really healthy.
With that in mind: Windows will just (have to) get and stay better. Which is good for all of us. And no one will put SteamOS on his Office PC.

?? what does that have to do with x1
and who cares

I got my Alienware Alpha last month great pc but I use my ps4 too game on. I got the alpha for it's size, I wanted another alienware pc, and that it uses only 130 watts of power.

same, I think people are underestimating how tiny the alpha is, its about half the size of an x1, 2/3 the size of a ps4, a little bigger than a wii U. Great option if you're space limited like I am.

Yeah its quite a performer runs a lot of games on high I ran tomb raider on ultra!!!