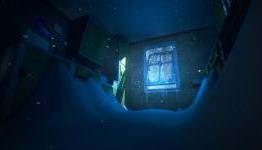 Among the Sleep has sold over 100K copies

Eurogamer:
Toddler-simulating horror game Among the Sleep has shifted over 100K copies, developer Krillbite Studio revealed to Eurogamer at GDC.

The novel first-person spin on things that go bump in the night was the debut commercial effort for the eight-person Norwegian studio. It originally began as a student project before Krillbite decided to expand it into a full game. A PS4 version with Morpheus support is currently in the works.

So Morpheus does have support after all. $199 or less and i'm in.

Which of this week’s Xbox Live Deals With Gold bargains should you pick up? – 7th February 2017

Interview with Krillbite Studio - developer of Among The Sleep and Mosaic

Game Review: Among The Sleep | ComiConverse

Among the Sleep Review | Bit Cultures