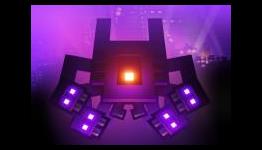 Cubed:
A select few gamers may remember a cult indie hit from a few years back that went by the name of Space Invaders. In the almost forty(!) years since its original release, it's been ported countless times, received a number of genre-bending sequels and - just like any popular game - been the subject of a number of attempts to emulate its classic gameplay. Titan Attacks! is unashamedly one of the latter, but how does a decades-old formula hold up in 2015? After checking out the PlayStation 4 version last year, now Curve Digital has brought the game to 3DS eShop and Cubed3 reviews the newest port.