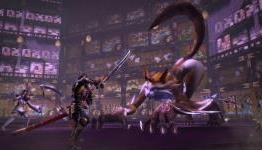 What is it that truly separates the monsters from those who hunt them? Some may say it is the power of humanity that only beings such as us humans posses. Others would say it lies in the level of restraint one has for ones enemy. An even smaller amount would say that if it looks like a monster than it’s probably a monster. Regardless, there are always heroes and there are always certain malevolent beings that need to be defeated. In “Toukiden: Kiwami” it is an army of Oni that push the valiant heroes to their absolute limits but you’ve got to think; if not for the ferocious beasts would there be no heroes? Thanks to Mindscape Australia and Tecmo Koei games we at SnapThirty were given the chance to preview the upcoming PlayStation 4 remake “Toukiden: Kiwami”, originally released on the PlayStation Vita as “Toukiden: The Age Of Demons”.

Rating Each of the Vita's Localization Studios