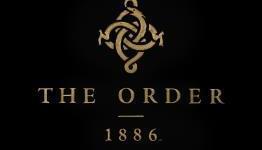 The Order: 1886 Developers Show the Secrets Behind the Game's Amazing Graphics on PS4

It's no mystery that the graphics of The Order: 1886 are among the best, if not the best, in this generation so far, and many of the artists involved in the creation of the game posted the fruits of their labor of love on the Polycount forums and on their respective portfolio sites.

Hopefully they make the next one much better.

It's the best looking on any platform outside of PC mods.

I feel the same way to be honest. But they only really did it by sacrificing performance.

Why are people disagreeing with Qrphe?!

It runs at 30 frames. And although the resolution is stylistic, it probably helps with the performance too. The great graphics certainly came at a cost, whether or not it was worth it is the matter of opinion.

I'm fairly certain there are PC games such as Battlefield on Ultra and others which surpass is graphically and technically. Probably best looking on console however.

I'm now playing Dying Light after having finished The Order and sadly it took 3 hours or so to get the feeling I was playing a last gen title out of my head.

The vistas in Dying Light on PS4 really are of poor quality, especially bodies of water. I truly hope that The Order effect won't spoil too many new games in the near future as I'm a bit of a graphics whore.

I didn't try to attack PC with my comment.

Why does this always happen when anyone claims that game x looks best on consoles?

Because the PC elitist are insecure. They feel threatened when you complement console game on its graphics. You said nothing wrong. You have the right to your opinion.

I am pretty much certain that any game that supports a higher resolution than 1080p on a PC can look graphically more pleasing than what can be produced on the current consoles, providing of course the PC architecture and the monitor supports that resolution.

Please note I said "can" because there are many factors which need to be taken into account when looking at a game, with the most important aspect being the fun factor.

I don't care if a game has incredible graphics and even has a constant frame-rate of 60fps or higher, if the game is not fun (again subjective) to play, then IMHO that game is a failure.

To sum up: Basically what may be fun for one gamer may not be fun for another gamer. What can really kill game enjoyment is poor graphics and/or a sloppy frame-rate although even that can be forgiven if the fun factor is very high.

The real secret ultra linear non dynamic environment plus restarted AI oh and the black bars make a difference as well.
I hope that these next gen consoles do not resort to playing on the equivalency of a thumbnail to get the best possible grahpics SMH

That's not the point. That's like a barber screwing up your hair, once you get mad, he asks you "why don't you cut it yourself".

Because its not your job to.

@hammadthebeast thats true but i don't believe they "screwed up"

I think you're in the wrong section dude. The xbox articles with the rest of the misterxmedia rejects and the weekend PR team is the very last tab to your left.

The Order looks amazing. Get over it.

Why does people disagree with you? Lol

No matter how good the order graphics and gameplay is, you cant really say spid3r6 is wrong.

best graphics on every platform right now get over it and go on with yr lifes ,go to sleep,play,eat,work,walk,schol l,workout.....oh sorry i forgot bots dont have a life ok continue to cry out like dogs i must go to work now...

Dude, it's comments like this one that makes for a terrible impression of us PS4 owners.

Besides, I'm telling you, if there's any game that would make a bot jealous, it would no chance in hell be this one. If you're gonna be an overdefensive fanboy, at least wait to defend a title that IS worth defending.

@article
Seriously? It's quite obvious that the framerate and black bars speak for themselves, let alone the mostly static environments.

These developers should just stop beating the dead horse and make a sequel that's as fun and satisfying as this one is pretty to watch, period.

And Bloodborne is next

If you like the Souls series I think you would like Bloodborne, however many people don't like that style of game for a many reasons, some valid (eg: too hard or not my type of game) some definitely not (eg: I hate this game no matter how good it is).

Personally this is one game that looks like pushing me into purchasing a PS4 so I am hoping for a Action RPG bundle. Of course I would like to finish Skyrim first and after over 100 hours I have hardly touched the main quest much less the DLC that came with the game. :-)

Yes, it is one of the best looking games out there. It is 800p so people can't down other games for being 900p.

Leaks for Genshin Impact's Layla, Nahida, and the Dendro Hypostasis Spring Forth