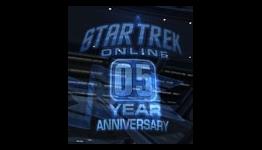 The Star Trek recent anniversary event featured a return of a popular character from Star Trek: Voyager, a mini-game, and the ever snarky Q. Was the fifth anniversary event as fun as a pile of tribbles or did it go down like week old gagh (a Klingon food comprised of live serpent worms)?

Adhttps://store.steampowered.com/app/1488200/Symphony_of_War_The_Nephilim_Saga/?utm_source=n4g&utm_medium=native&utm_campaign=sow_n4g_native&utm_content=png
- Comments (0)+ Comments (0)
TopNewestOldest
The story is too old to be commented.
90°4