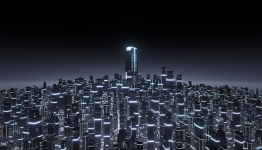 VRFocus- CSP Industries is currently pushing hard for its Kickstarter crowd-funding campaign for a virtual reality (VR) rock opera named [NUREN] The New Renaissance. The team hopes to raise some $70,000 USD in order to develop this unique project for the Oculus Rift head-mounted display (HMD). But that’s not the only HMD that players can expect to experience the title on should it pass its Kickstarter; the developer has also confirmed to VRFocus that it will be bringing [NUREN] The New Renaissance to the newly-announced HTC Vive.