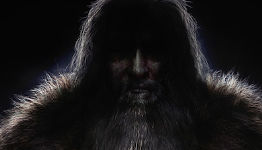 Robert Workman (Prima Games): 2014’s Dark Souls 2 both delighted and tortured us, as we perished multiple times while slowly trudging through the game’s dangerous world. Progress was slow but steady, thanks in part to this free walkthrough.

Bandai Namco recently announced a new edition of the game, Dark Souls 2: Scholar of the First Sin, which will make its way to Xbox One and PlayStation 4 on April 7. This isn’t your routine port, since there are a number of features that make it superior to the Xbox 360 and PS3 versions.

With that in mind, here’s why you should play Dark Souls 2 all over again.

The best reason would be you can't play Bloodborne
Hidetaka Miyazaki > Tomohiro Shibuya & Yui Tanimura
Demon souls and Dark souls are better games then Dark souls 2 by a mile, and I have been waiting for Miyazaki to take back the helm since. Hopefully Miyazaki will take over Dark Souls 3.

The Dark Souls series has sold over 25 million copies