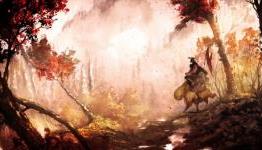 Passing The Hat: An In-Depth Look At The New King's Quest

Anyone who played adventure games in the ‘80s and ‘90s probably has a list of favorite series and one-off titles from the era, like Quest for Glory or Day of the Tentacle. However, one franchise towered above the others in those days: King’s Quest.

Adhttps://store.steampowered.com/app/1488200/Symphony_of_War_The_Nephilim_Saga/?utm_source=n4g&utm_medium=native&utm_campaign=sow_n4g_native&utm_content=png
- Comments (0)+ Comments (0)
TopNewestOldest
The story is too old to be commented.
90°

Which Game Series Burned You Out?