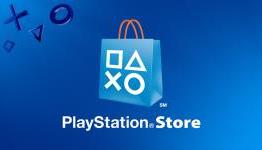 The PlayStation Store games in North America have been confirmed for next week.

Too bad Helldivers is not PS+, a bigger community would be nice.

I think, with some 20 million consoles sold, the community will be big enough.

more like 110 million considering its across all sony consoles

Yea Helldivers is crossbuy and play on PSVita PS4 and PS3 so yea the attatch could be up to 110 mill combining all console sales of all 3 platforms. Yea the community should be fine. Will def increase with Plus IGC but right now give Arrowhead your money now!

This isn't about PS+. I'm a little bit interested in heists. Not sure it's enough to get me to play GTAV for too long though. I'm just waiting for Bloodborne

at local pawnshop here in Seattle today i notice shelves full of ps4's.... asked pawnbroker why so many his reply : "many teens buy em without thinking straight end up selling them here" .

i thought something epidemic was going on. have one on hold for 275.00

I have one friend who pawned his psp and later vita again and again. A pawn shop buys for much less than craigslist, eBay etc that being said locally tons of people have been unloading all the new consoles, a local GameStop (I'm in central MA) has the same few used Xbox ones and had to send all the newly traded in Xbox ones to corporate or according to the employee they would be subbing their toes on the things. (not a manager or anything this was January and he was seasonal about to no longer work there)... Sadly with all the recent promos and price cuts it made like no sense to buy a used Xbox compared to what you get new. Same with a 275 ps4. You can get it new with games for like 350 I think.

No, this is off topic and you are spreading lies to distract from PS4's 20.2 million consoles sold to consumers.

I love writing fan-fiction too.

Down for Atelier Shallie this month

They forgot Powers is coming out

The Playstation brand is on absolute fire this month. There were a crazy amount of interesting games that came out this week and there's even more of them coming out next week. I can't keep up with it all.

"Missile Command: Recharged" is coming to PC and consoles on November 1st, 2022

What Forspoken Can Learn from Final Fantasy XV

The cartoonish roguelike/ARPG “Rivalia: Dungeon Raiders” is now available for PC and Playstation