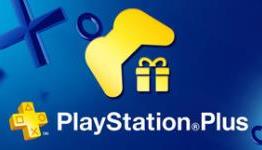 Dishonored Coming to Playstation Plus in April

twitter.com
‘Dishonored’ Available For Free On PSN Next Monthcondemnorcondone.comMikeyG0403
PS Plus April 2015 To Offer 'Dishonored' For PS3nextpowerup.comcrazytechfanatic
April's PlayStation Plus Freebies Will include Dishonored for the PS3pushsquare.comget2sammyb
The free PS3 PlayStation Plus game in April 2015 is…psu.comjonnyvito

Cool i played iy already but wouldnt mind to go for a new round, i thought Thief would satisfy my first person sneaking adventure but...... It didnt unfortunately

Thief 4 was garbage! The loading times were annoying as ****! BTW cant wait for dishonored 2!!!

Meh.. I don't want to play a early cross/gen game.

This is cool. Sad thing though is that I haven't gone back to my PS3 for anything other than Rocksmith since I've gotten a PS4. I get all the Plus games but don't play them

But i already have this game, i'm so pissed. /S

you might have sarcastically been "pissed" but you can't exactly be pleased by the news either because that's one less "free" game you are getting with your subscription.

I mean, there's 11 other months and other games which still are worth the value. You'll fine something I'm sure.

Personally I'm usually pleased when others get to play a good game that I've already played. I especially enjoy it when the online multiplayer games I own get put into plus, as it drastically expands their community.

@blackblades - glad you are so mature about it.

Good game that should not be missed.

Got this for free on 360 like 6 months ago. Not played yet, probably never will.

It's a dope game

I admit I haven't finished it either lol, but the couple hours I've played were great

Usually you see the super trolls waffle about Xbox gwg being out on PSN..... Very quiet on this one, what happened? Goalposts moved again?

Never played it but I'll try it out.

Great game I even bought a month of gold again just to get it free when microsoft for a change offered if before Sony. Fantastic game either way.

Pretty sure US gets it too. I bet it was lined up for this month but was pulled. I hope I am wrong, I don't want another generic action game the masses drool over.

Awesome. Borrowed it from my brother and played it for like 10 minutes and then he took it back and sold it cause he got caught in some bug where the door wouldn't open for him. He ended up selling it.

An absolutely amazing game. I played it maxed out at 1600p but the game will still be fun on the PS3. I am very happy that more people get to experience it. It was one of favorite games last gen and I would preorder Dishonored 2 the second it went live.

Honestly, Dishonored is one of the finest games of last generation.

Some reviews were a little mixed I thought - they couldn't get over the soft art style for some reason.

But this game has a lot of depth. Some levels are massive and there are genuinely huge amounts of ways to tackle any level.

I've never been one to buy a game like Assassin's Creed. But Dishonored is very different - a lot of it is about interiors- you get to explore 4 storey townhouse, government and industrial buildings for instance and they're massive buildings- and, in theory, you don't have to kill a single person to finish the entire game (although if you can manage that you're either very skilled at acquiring sleeping darts, sneeking, or it took you much longer to finish).

Plus the artwork is by the designer of Half Life 2. And he did a great job with Dunwall. Whilst it's not a style that I'd like to see lesser games mimic, Dishonored has very substantial depth to its gameplay.

It's refreshing to see a game that, a bit like parts of Half Life 2, is so rich with a sense of industry. Victorian-style industry in the case of Dishonored.
It's not just like playing through an historical re-enactment- it's a stylised world that could be seen as slightly comic book if it wasn't so tense. It's a bit like you're in a war up against an entire army. There's probably some truth that fans of the Bioshock series are most likely to enjoy the game. But, unlike Bioshock, the game has far more respect for you as an individual player in the order in which you tackle areas.

I called dishonored for last month in the guess thread

I bought the physical copy for like $6 a while back, just never played it until I heard it could have been the free March title.. and it's awesome. I want to beat or platinum it before it is free next month so I will feel better about the purchase :p.