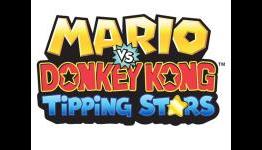 Indeed, the sixth game in Nintendo’s vaguely Lemmings-ish series looks and feels so much like 2010’s Mario vs. Donkey Kong: Mini-Land Mayhem (as well as others that came before) as to come off almost as an expansion to that game, and a relatively small one at that.

Adhttps://store.steampowered.com/app/1488200/Symphony_of_War_The_Nephilim_Saga/?utm_source=n4g&utm_medium=native&utm_campaign=sow_n4g_native&utm_content=png
- Comments (0)+ Comments (0)
TopNewestOldest
The story is too old to be commented.
100°8

How the Shutdown of Miiverse Puts Nintendo Behind Microsoft and Sony