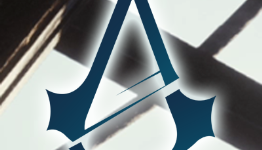 What is the definitive Assassin's Creed game?

The Hub World writes: Assassin’s Creed as a franchise has a large amount of games, so we will only be focusing on the main series. This means that you will not see handheld games such as Bloodlines or Liberations, as it seems unfair to compare games with much smaller resources to the main series games. In addition, this Showdown will only focus on the single-player experience, as multiplayer is absent from three of the main games.

It will never be beaten

Black Flags wasn't really an Assassins Creed game though was it

Good game but it was all about Naval combat, Plundering and Pirates

The Assassin stuff felt shoe horned in at last minute

"Holy shit guys, I've totally forgotten we were supposed to be making an Assassins Creed game"

AC4 was a bad assassin game, but it was a good pirate game

To many people AC4 was better than AC2.

If you look at the pattern, Ubisoft always makes a meh AC game and then improves upon it big time;

Brotherhood and Revelations were just expansions to AC2 so they don't really count.

You forgot the handheld games and rogue as well. Liberation was pretty meh. Rogue is pretty good according to many people.

If this trend continues, Assassin's Creed Victory should be pretty awesome.

I didn't forget them, I intentionally left them out because they're spin-offs, I'm talking about the main entries only.

"If this trend continues, Assassin's Creed Victory should be pretty awesome."

Yeah... that was kinda my point.

A man has always liked Brotherhood better. It took everything cool about 2 and added horse riding in the city and it felt really cool to call in your assassins. A man always likes the 3rd games in series though. Normally it goes
1. Good concept, rough or missing stuff from later ones
2. Most improved
3. Most ironed out and polished as well as adding a thing or two

I agree, my list would be as follows (excluding Unity as I haven't played it yet)

Give this gamer a cookie, ac2 was the peak of this franchise and personally none of the other assassins are as cool or deadlier than ezio

Personally believe the best one is the first one. Preferred the time zone and pretty much everything apart from the game-play mechanics compared to AC2. AC3 was let down by it's awful main character and Unity was let down badly by it's awful new combat which was clunky and not fun.

Yep 2 is the definitive AC game but 4 is the better game overall.

I don't see how AC4 wasn't an Assassin's Creed game in terms of the pirate theme. It's an ideology, not a class or a specific group of people that become Assassin's. Anyone can become an Assassin or a Templar.

I do agree that Edward didn't do much of anything as an Assassin, just donning the robes and pursuing his personal agenda with references to how he's helping the Assassin's at times doesn't exactly count as being an Assassin.

Assassins creed 2 without a doubt.

AC2 is an amazing game. I would get lost in the city, absorbing the life and exploring every nook and cranny. Since I identify most with my Italian heritage, exploring an open world game set in Italy was great.

It was back when the task of finding landmarks, doing quests, and finding tons collectibles was fresh, now we've had several Far Cry's, AC's, and other games following the formula. Story and characters were good, and it was before the series became an annual franchise so more care was put into the game.

Other than the difficulty of climbing and moving down buildings I didn't find much fault in it.

First one was my favorite for me is:

I'd like to see an Assassin's Creed game more akin to Hitman. Tons of approaches, stealth oriented with parkour elements used for staying or getting out of sight. Kind of what Unity was TRYING to do (and has failed miserably at).

It's strange. I remember to play the first one half through ... then got bored, because it felt so repetitive.
Lately I got me the second one, because of all the praise. Atmosphere was awesome, but I felt AC2 way too easy to play. I got bored again after a few hours into the game.

Maybe it's just not my type of game.

It's a pretty close call between 2 and 4 for me, I've definitely gotten more play time out of 4 though.

3 had a good story but the gameplay was lacking compared to 4.

Those are the only one's I've played, though, so my experience is lacking compared to most others.

only played 2 and 3 and thought they both kind of sucked. some things done well like the climbing and overall atmosphere, other things.. well.. let's just say the gameplay is super repetitive and easy and the story is laughably convoluted

I kinda agree with this. Assassin's Creed II is fun to play for example, but... meh, it needs a little more substance. Despite that, I have played practically all the games of the series, aside from the first one and Unity, mainly because they are entertaining enough.

Assassins creed 2, no contest.
It was everything the first game aspired to be an more, with greatly improved gameplay, less repetitive gameplay, great graphics, and an enthralling story line. It's gone down hill from there unfortunately :/

Templar's Victory: How An Ubisoft Server Shutdown Angered Its Fans