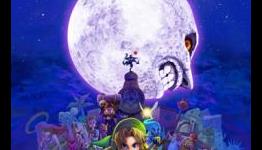 Nintendo and Take-Two shine in a quiet February - UK Charts

MCV UK:
In spite of a few big releases this February, the games market is tracking behind last year.

Game sales have generally been slow this year, with Evolve and The Order not selling as well as some stores had been hoping for.

It was a big month for Nintendo. The platform holder released two new versions of its 3DS console, and the remake of cult favourite The Legend of Zelda: Majora’s Mask was the single best-selling game of the month. This – and Capcom's Monster Hunter 4 Ultimate – helped the 3DS nearly double its market share in terms of revenue and units sold.

Impressive to see some of the games older games still on the charts:

EDIT @ NewMonday, considering the metacritic score, is it impressive or is it sad?

the Order #2 in individual format for the whole month despite tracking only 1 week impressive.

The Order 1886 at #7 not bad for a game reviewers tried to crucify. TLOU still in there, nice.

This article just like every other article or posting of numbers, show the same thing. When it comes to Nintendo, Sony and Microsoft. Nintendo always do better when it comes to software, no matter the difference in hardware numbers. The only thing that beat Nintendo numbers in February were games from Take-Two, Activision Blizzard, Ubisoft, and EA. They most likely win because when you count the 4 million games sold on PS4 and the 3 million on the Xbox one, altogether that makes 7 million, its tough competition to outsell two systems. If it had the wii sales, it would of been able to compete with the third party numbers, like New Super Mario Bros Wii selling over 20 million by itself on Wii, or Mario Kart Wii selling over 34 million by itself, and other games, from Wii Sports Resort, Wii fit and etc......so since Nintendo cannot compete with beating 3rd party numbers this gen......they will just compete for being number 1 for first party sales, which they will win, like every other gen. I think thats what help them survive over the years, they sell low on hardware, but since they sell way more software then other companies it help balance out the low hardware sales until the system sell for a profit, which the Wii U started doing last year, so everything now is profit and more profit, which equal more games for us.