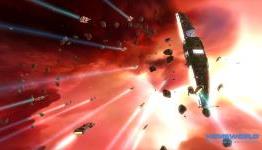 The 3D space strategy game, Homeworld, developed a cult following after it originally released in 1999. The Homeworld Remastered Collection updates both the original game and its sequel for modern PCs, but how does the gameplay hold up. As it turns out, remarkably well, despite its frustrating moments.