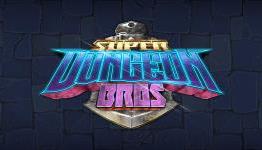 Wired Productions, an established independent digital games publisher, announced it has partnered with React! Games, an award-winning video game developer based in Salt Lake City, Utah, to publish Super Dungeon Bros worldwide on multiple platforms in Fall 2015. Super Dungeon Bros is a rock-themed co-op dungeon brawler in which a band of four mighty bros must raid the endless dungeons of Rökheim, a giant scar of godforsaken earth, where wars are waged in epic dungeons built by the gods themselves.

Wonder how much effort it took to secure the rights being so close to Super Smash Bros!

Glad this isn't multiplayer only, and that they're seemingly scaling single player to work with the game systems. Sounds pretty cool!

I like the idea of coop. I seem to enjoy coop more than single player when I play games.

Google Stadia Shuts Down But Developers Weren't Given Warning