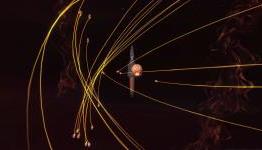 New Video Game Releases: What Gamers Want for the Week of 2-23-15

EB: After a few steady weeks of solid new video game releases the last week of February takes a step back in its offerings. The most notable new release is that of Resident Evil Revelations 2, which is coming out for multiple platforms this Tuesday. PC gamers will also be able to get to relive a great franchise with modern visuals thanks to the Wednesday release of Homeworld Remastered Collection, which is four games in one for $30 if you order it early.

Resident Evil: Revelations 2 and Xenoverse, for me.

Warhammer 40,000: Space Marine is better than you remember