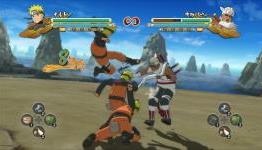 IGN - Like all the cool special edition PS4s, Japan keeps the best anime video games for itself. Unless it’s from a super popular series like Dragon Ball Z or Naruto, then there’s sadly little chance of games based on anime making it to North America. If a game does receive an official translation, it’s usually several months to years after the initial Japanese release, such as with J-Stars Victory VS+.

Even so, a few gems have made it to North America over the years. Whether you're a huge anime fan or just a gamer looking for some stylish action, you can't go wrong with these 8 awesome anime adaptations.

Adhttps://store.steampowered.com/app/1488200/Symphony_of_War_The_Nephilim_Saga/?utm_source=n4g&utm_medium=native&utm_campaign=sow_n4g_native&utm_content=png
- Comments (0)+ Comments (0)
TopNewestOldest
The story is too old to be commented.
130°4

The Best Anime Video Games of All Time