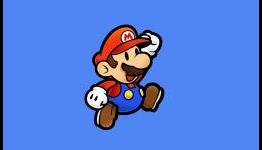 We are seeing a lot of that classic Square+Nintendo relationship in games like Bravely default which is exclusive to 3ds. So I think that old relationship is slowly rebuilding. That being said, Square will seem to continue to have a strong presence on Sony consoles mainly due to their big success of Sony consoles in the past. And knowing that Square likes to go where the money is, PS4 is selling really well so they will continue to stay with Sony.

Of course in terms of handhelds, Nintendo has seemed to have grabbed Square by the success of the 3ds, as there seems to be little to no Square games on Vita. So Square has a big presence on Sony home consoles as opposed to having a big presence on Nintendo's portable consoles.

I was wondering this same thing. I don't know why games like Final Fantasy 2, 3, Mystic Quest, Chrono Trigger, Secret Of Mana, Secret Of Evermore and other amazing titles by Square Enix are not on the virtual console. I would also love to have Act Raiser 1 and 2 on there as well.

The mother of sequels that I would love to see made is Super Mario RPG Legend Of The Seven Stars. Nintendo for the love of god throw all kind of crazy cash at Square to make this happen.

A number of those games are on the Wii virtual consoles. Them just haven't made it to the Wii U Virtual console. My question is why?

@Gordon Same reason why there aren't any N64 games I don't get whats taking them so long ;)

I wish Square and Nintendo would come together and do a true Legend of Zelda RPG. Action(KH/FFXV) or Turn-Based, doesn't matter to me. I would really like to see this though, to include summons (MM's moon?)

I think Square has a better relationship with MS than they do with Sony. Sony dumps all shares and suddenly FF15 which was announced a little over 37 years ago goes multiplat and TR is time exclusive on the Bone.

I can't say I agree. Taking money to hold back release of a version of a developed game for a couple months is not like keeping a game completely exclusive, as they are with the Final Fantasy 7 remaster for the PlayStation 4. Square, being a Japanese developer, for the most part, is always going to hold their relationship with Sony in higher regard than that of Microsoft, especially considering the terrible sales of the Xbox One in Japan.

Yeah, I'd love SE to do SMRPG 2 and give other Nintendo franchises the RPG treatment. A Super Metroid RPG would kick ass, and Zelda NEEDS this badly. I just avoid battles since there's no sense of progression but SE could change that.

Imagine SE picking up Earthbound or doing an Earthbound crossover with one of their humorous RPGs. Maybe just do a whole Nintendo RPG, kinda like Project X Zone but with Nintendo x Square Enix.

My nerdy fanboy is coming out...I wish these companies were run by one. Profit comes first but treat your fans once in a while.

Square has a vision but nintendo doesn't accommodate that vision. The middle finger is coming from the latter.

Don't click it. I just check the OP and it only talked Squaresoft and Nintendo old problem about their cartridge vs CD difference. So how SE still giving nintendo the middle finger when they put a lot of their games exclusively for Nintendo platform?

This. This is why i got tired with N4G. Full of garbage articles :(

Clearly this is just some butthurt fan because the new FF game isnt coming to his WiiU. Not relaising that was Nintendos fault as if they made the WiiU more powerful instead of adding a gamepad they probably would have got a port.

Wtf are u talking about? Dude didnt seem butthurt by it, and he has a point. The article is pointless. SE does have a strong relationship with Nintendo and he provided proof. Some of squares best recent games are the 3ds exclusives. Home consoles are a different beast altogether. Yes, that does make the wii u a failure in that sense, but its still a great console with a great lineup of exclusives. It doesnt need the power of the other current systems to be a great console. Im pretty happy with what square has supported Nintendo with these last few years.

By not localizing own GAMES
and Nintendo having to step in and do it for them Bravely Default.

Dude, you doesn't made sense

- KH DDD localized by SE and still exclusive to 3DS

- Theatrhythm & sequel localized by SE and still exclusive to 3DS

- Bravely Default & sequel still exclusive to 3DS and it's not the 1st time SE refused to localize their games. See Type-0 for PSP, a lot of Front Mission games such as FM 2 or FM 5, Code Age Commanders, and more titles for non-Nintendo platform that SE didn't localize.

- Heroes of Ruin suck or not is subjective and not related with SE contribution for Nintendo platforms this past years.

- Sony only got 5 DQ games which are IV, V, VII, VIII, and the latest DQ Heroes and so far only two got localized. Did that mean SE gave a middle finger to Sony? No. Now compare how many DQ titles that Nintendo got from SE!

- I seriously don't need to mention other SE past titles like The World Ends With You, FF Crystal Chronicles series, FF: The 4 Heroes of Light, Blood of Bahamut, and many more that still exclusive for Nintendo platforms AND of course boost the sales of Nintendo platforms, especially their handheld.

Again, if you still think SE giving a middle finger to Nintendo than you just a blind and greedy Nintendo fanboys who can't give credit where credit is due!

was declined and became Paper Mario

Which is much better, by the way. I never understood the love people have for Super Mario RPG.

I just wish they kept the Paper Mario franchise as RPG in the newest installments.

Paper Mario is good in its own way but it is a fairly substantial dumb down compared to Mario RPG. It is more linear and you do not have as much control over character development. The storys in the Paper Mario games have also all been inferior to the story in Mario RPG. They are alot closer to traditional Mario games vs Mario RPG which had a distinct Final Fantasy feel.

Yeah. Remember Culex and those 4 crystals? That was challenging. Also, Link and Samus both showed up... too bad they couldn't join your team. I've always wanted a Smash Bros. RPG that was like SMRPG.

Its actually the opposite considering 3DS getting a lot of support from them unlike the VITA , Square Enix starts being arrogant with Playstation brand since last gen and its known for all gamers how this turn out to be recently , just don't be delusional Square Enix still supports Nintendo more than anyone in the gaming market ( except when it comes to bigger IP's ) .

Ummm, no. The article fails to mention the fact that Sony bought a large portion of SquareEnix stock. It wasn't JUST about cd vs cartridge. Sony needed flagship series on the PlayStation to become relevant. It was brilliant to buy into Square in order to take the brand power of Final Fantasy from Nintendo. It changed the course of video games, but it was all about the money. PlayStation as a brand became immediately relevant overnight because of this. I know because I lived through it and I remember it well.

Wii U needs some attention from Squeenix, 3DS is doing ok.

It won't be getting any. Most third parties don't see Wii U as a viable platform to support. Of course, it is a shame that no third party is trying to take advantage of the lack of competition on Wii U, but then again, demographic issues and a small install base (currently around 9 million) may not be worth the risk, especially if the title is originally intended to be a Wii U exclusive (see what happened to Rayman Legends).

Rayman got hit with an exclusivity breakage which killed higher interest, yet it still managed to sell best on Wii U, out of all the new-gen machines.
The biggest issue holding back third parties on wii u is a lack of trust from the fan base, which third parties themselves caused with a ton of bad ports, followed by giving up, which is the opposite of what they did when they had a game not sell well on the PS360.
Size of the install base isn't an excuse either, as they were still making more games for xbone even when it had a smaller base than wii u.
Likewise, companies like Monolith and Platinum are proving that the tech inside isn't holding back the development of incredible games.

As for squeenix, all it would take to get sales for a wii u game, would be a port of KHIII with some Nintendo worlds and some new content.
Hyrule, for example, would net Sora a Master Sword keyblade, a Hylian Shield for Goofy, and a Magic Cane staff for Donald, amongst other possibilities.
Such a thing would most definitely sell to the Nintendo fanbase, at least.

Stupid article. Square enix has more games on 3ds than any other system.
Dragon Quest x version 3 is a Nintendo/PC exclusive.

I welcome any devs to make games on the WII U! IMO though square enix can't even remake a Final Fantasy game without making it worse... Hopefully 15 will be good but I wouldn't hold my breath . They already said they're adding a bunch of casual crap like health regen from games like call of duty to it.