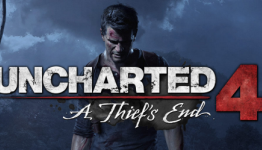 Why Uncharted 4 Will Be Amazing

Yahraqad says, "Back at the PS4’s launch event Naughty Dog revealed a trailer for a new Uncharted game, but it wasn’t exactly titled Uncharted 4. The game many fans are dying to get their hands on, well, went silent for a couple of months until E3 2014. At the end of the event, Sony showed off a highly graphical teaser of Nathan being washed up on a shore containing a conversation between Sully and himself (though if you are reading this, you most likely already have seen the trailer). After E3, Naughty Dog would regularly release small news and character models for Nathan Drake."

"Why Uncharted 4 Will Be Amazing"

Because Naughty Dog is making it, thats all that needs to be said

Naughty Dog is on another level than everyone else. They set the Bar High

After the initial "Uncharted" trailer (before it was tag lined 4: A Thieves End) I thought it might have been a reboot of the series with a new main character, but I'm really glad we get to take Drake for one more spin on PS4! I look forward to playing the finished product! :D

What kind of news is that? a positive news about an exclusive of the PS4? say what? How was this aproved? LOL

Uncharted 4 shoud be a FPS

Why isnt Uncharted 4 a open world

Where is the innovator gameplay that only PS exclusives must have

Too many Uncharted have been done. Is naughty Dog milking the franchise?

This are the questions that all trolls, sorry gamers want to know, LOL.

Wait until it's closer to release for those. The last second/post launch smear campaigns are so blatant and fanboyish for PS exclusives this gen it's ridiculous. The Order is receiving most of the strange criticisms for now but when Uncharted 4's time comes it'll come hard or they'll just say Halo 5 is better despite them being entirely different genres like they did with Titanfall and Infamous last year lol

Because it's made by Naughty Dog who are the best in the industry.

Lol. Asking if an uncharted game made by ND will be good is like asking if a sports car made by Ferrari will be good.