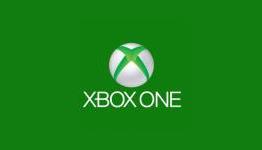 If you love the old and glorious classic by Rare Perfect Dark, a small candle of hope may just have been lit for you, as Phil Spencer mentioned on Twitter that revisiting the franchise in the future is a possibility. Unfortunately he refused to comment on whether Crackdown will be released in 2015 or not, but he also teased the return of Kudo Tsunoda.

Crackdown and Scalebound are two games that we havent even seen a playable build of yet, they are definitely 2016 games.

Mike ybara and Greenberg actually played the game in september during their visit to Platinum games and they said the game looked and played great and PG was making great progress,also crackdown has been in development for more than a year already,part of the tech used in the game was demoed early this year. The fact they havent shown playable builds to the public doesn't mean they cant be 2015 titles. look what happened with SO, FH2 and HaloMCC. these games were released same year they were announced(with the exception of SO)SO was announced via a cg trailer just a year before it was officially released.

also it will be great to finally see Kudo return to the limelight..

Im sorry lad, but i cant agree with you. Cause unless they release Crackdown in July or August, it will affect other exclusives sales.

Remember... Halo 5, Tomb raider, Quantum Break, Scalebound and Fable are also comming out so its a good year.

I'd be very surprised to see scale bound and crackdown releasing in 2015. Personally, i would like to see an early/mid 2016 release for scale bound (that will most probably happen) considering it is a new ip. Crackdown has a better chance of seeing 2015, but even then, it will be a push.

We didn't see or hear about Forza Horizon 2 until a few months before it released... So you never know.

As for another Perfect Dark?
Well, that'd be just great!

Hopefully they resurrect the briefcase gun...

Have you seen a playable build of next Call of Duty or Assassins Creed? ... and yet they are to be released in 2015.

Just because you haven't seen a playable build of games, it doesn't mean they won't get released in 2015.

2015 isn't even here yet, plenty of time between now and e3 . Both FH 2 and SO didn't have any gameplay til 6 months before release and they were some of the best games.

Your comment makes little sense when you consider we didn't see any gameplay of SSOD until the game was within 5 months of release.

SSOD was announced at the reveal event though was it not? While I disagree that a game needs to have some gameplay in its marketing at this point to be considered a 2015 game, the games will have to at least be announced or heavily rumored otherwise it's just vapor. MS might have a couple indie surprises in store for 2015, they also might have another 3rd party exclusive money hatted, but I highly doubt that there are any unannounced AAA exclusive games in the works for a 2015 release (outside of possibly similar less labor intensive games like Racing games & Remastered games), and I personally think that a handful of the games that people are assuming for 2015 won't ship until 2016, Scalebound & Crackdown 3 namely, and potentially Quantum Break as well.

You really hope they are don't you? I wonder why....

It's not hope, it's logic. Common sense. You know that thing?

If they show some gameplay of Scalebound or Crackdown even in January, even releasing it in June or July would be too early, and then it would be another poor seller. Neither should release in the second half of the year because it's already packed and will be cannibalised by games like Halo 5, Tomb Raider and Quantum Break.

Interesting. Says 2015 will be a big year for Kudo. Could he be working on VR for Microsoft. Would be awesome:D

I think, Abriael, the title is a little sensationalist. I personally think hes saying its not dead forever. Also I wondered what happened to Kudo. Just disappeared after Kinect 1 launched.

Xbox needs a new Perfect Dark. This can be such an awesome franchise because it has as much lore as the Halo stories outside of gaming.

totally agree, has great potential, reminds me of the NOLF games.

343 should talk with ms about allowing them to work on pd.

And messed it up like they did with MCC... I kid, i kid, but seriously that could be a good idea, maybe give Halo a break after H5 and work on PD sound like a plan

Hopefully we get a 3rd Banjo-game.

I would love to have a Banjo game, there is no 3d platformer for Xbox One right now. Granted I love Mario but I want banjo game on Xbox :)

I'm not sure. Who can make a great 3D platformer aside from Nintendo? Sly and Ratchet and Clank games are nice, but I don't think they can even top the Banjo games for N64, I'd like to see a return over the top.

Bring those beautiful IP to Xbox one , do so an they all become automatic buys one day one .

I have a feeling that Kudo stepping back into the limelight will have something to do with their AR/VR tech. A next gen Perfect Dark in the vein of the original would be awesome.

Phil is quickly becoming one of the most beloved gaming Executives

Xbox needs a good platformer like banjo I hope crackdown and scalebound are 2016, winter 2015 is already full of exclusives with quantum break halo 5 tomb raider and possible a gears collection and thats just the stuff they have announced

So many rare IPs are being teased. What(Which) studios could be developing these games(assuming the teased titles come to fruition)?

Perfect Dark sucked for the 360, it was ok in the N64 living off Golden Eyes fame.

I think we kinda of got a multi system title for brute force...its called "EVOLVE" closest to brute force in some ways. I know it was a Xbox exclusive back in the day but EVOLVE reminds me of it. How about a new "KAMEO ELEMENTS OF POWER"? :)