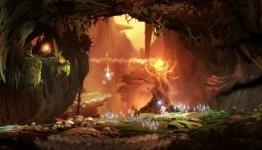 Super Metroid and Castlevania: Symphony of the Night are widely regarded as two of the best games of all time, but official 2D sequels have been few and far between recently – and usually relegated to the handheld space. That absence has spurred indie developers to co-opt the classic formula and make it their own. With its new title, Ori and the Blind Forest, Moon Studios seeks to deliver a Metroid-like experience with a mix of pixel-perfect platforming à la Super Meat Boy and the crisp visuals of Studio Ghibli’s animated films. It sounds like a powerful cocktail that may appeal to -millions of gamers, and Microsoft has already bet big on this new IP. But can a ragtag team of developers from around the world – many of whom have never met – overcome its unique development challenges and create an instant classic?

Can't wait to play & own this game, looks beautifully amazing.