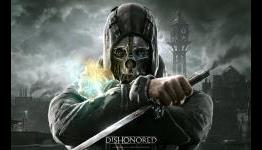 Dishonored 2 Rumors Could Prove To Be True

According to a couple of news outlets this week, all of those rumors that have been flying around about Dishonored 2 could prove to be true. The second installment to the game series is expected to be revealed at Gamescon 2014. The game is expected to be released in the next year and when it is, will be compatible with the PC, Xbox One and PS4. This is not the first time that the rumors were almost confirmed. Bethesda has been giving subtle hints about the second game in the series here and there, so if you have been paying attention you would have caught that.

I wonder where it will go next. I mean Corvo story is over and so is Emily,s story. Either way, here is hoping its a full blown open world game with the same style of the first one in the personal freedom in approaching the target because that was perfect. This could be their next big game side by side with Fallout and Elder Scrolls and since Dishonored was released in 2012 with a possible release in 2015 or 2016, that is like 3 or 4 years of work so that means they could have done it open world i hope.

I just hope the rumours of some tacked on MP mode is false, but i would like to see them take the game elsewhere in Dishonored's world.

Add more varied areas than being in a city most of the time as well. Not to mention Dishonored's main game should take a look at what they did in the DLC. Daud had more of a personality than Corvo did.

Before i forget, add difficulty modes for players wanting more of a challenge. Maybe it could even be a list of things to toggle on and off before starting. Mods changed the difficulty to be more punishing, but it should've been in the main game.

Well considering the world which was built up they could always bring in something new for Corvo.

I hate when they do one game, give the main character a face and a little bit of backstory only for them to be mute and are thrown away in the sequel.

Develop him, create a new story with him in it, it's not hard.

Yeah, you could right about especially because we didnt know jack about Corvo nor the outsider because the game was too much fun to worry about that and the twist was unexpected really. I just wish they do it open world because then the possibilities will be endless and i hope they up the difficulty abit because it was really easy especially if you go in all guns blazing.

Personally I completely agree with you but Arkane kept Corvo silent so he would feel more like a link between the players and the game, especially with all the choices you make. Not saying I prefer it cause I really liked Daud but I can understand why they did it.

Cool like the first one , but like Dark stated where will they go with story. Either way I look forward to see what they do .

Isn't that stating the obvious?

"This rumour might be true" - yes, that is the meaning of rumour....

Please let them be true. I need Dishonored 2

This: http://forums.bethsoft.com/...
EQUALS TO AWESOME.

If the main character is Corvo, I wonder what the story will be that makes him take up the mask again.

Who cares what the story is. Too many wannabe script writers on here. Bring on Dis-2, the 1st one was outstanding and whatever these creative guys do with the sequel, is ok with me.

Given that the implication from the DLC is that the world is much more about the actions of those marked by The Outsider, than it necessarily is about Corvo, I'm guessing it will be a new cast of characters, perhaps with a reference or two to the previous series. I'm super excited, bring on more Whalepunk!

Games To Play If You Enjoyed Deathloop