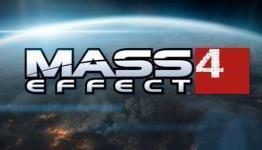 Mass Effect 4 Is Looking Better Everyday, Game File Size Is Massive, ‘There Is A Lot In There’

Here’s some interesting news that’s not quite news for those of you who, like me, are avid fans of the Mass Effect universe and all things tied to it. A recent tweet from one Chris Wynn, who is Senior Development Director over at Bioware Montreal, reads “Copying the latest Mass Effect build to my computer to play. Windows is telling me “about 1 day” to copy it. There is a lot in there.”

Adhttps://www.releases.com/?utm_source=n4g&utm_medium=native&utm_campaign=c1
- Comments (32)+ Comments (32)
TopNewestOldest
Expand all
The story is too old to be commented.

Ugh, I wanna see this game so damn bad.

EA better show this game off next E3.

In fact EA better have a real E3 next year and not half ass it like they did last summer.

after plying Dragon Age Inquisition I'm very hyped for this, Bioware fix all the problems, they did everything great, now can't wait to see what they do with Mass Effect.

Yeah me too!
but please no more Fetch Quests.

What my hope is they do something like DAI with the fast travel map but instead of different areas they are different planets. And this is just a dream but maybe even use a spaceship to travel to real time would be great.

I remember ratchet and clank doing that. They made a 2d space flyer in a 3d world to fly to other planets and it worked perfectly. Something like that would be cool.

Me too. Inquisition blew me away. I always said that if Bioware and Bethesda got together and made an rpg, ot would be epic.

This is the closest thing to date and surpassed my greatest expectations.

Now, The Witcher 3 may end up being the rpg to beat once it releases in May, but I am extremely optimistic for Mass Effect. Hopefully they create big areas like Dragon Age on different planets. It would finally allow us to delve into these amazing races and their homeworlds. Man, I cant wait.

I want star citizen and me4.

I hope pc is lead platform.

bioware is who deserves all the praise, EA are still sh1t.

then there's GRFS anime & cover : https://www.youtube.com/wat... and this Navy Seals MoCap https://www.youtube.com/wat... This is not about the game as a whole, I'm talking specifically about your character as a N7 soldier for ME4. Over-the shoulder, shoulder swap, cover anime, ADS, wall sticking, running, sliding, crouch stalking. Nobody out there is better at this than Ubisoft, as far as modern-era combat soldiers are concerned.

Games like The Evil Within and Wolfenstein is massive as well, but we all know what happened to those games. Inconsistent textures and the like.

I think people should keep their hype in check. :)

Ummmm what? Those developers are completley different and different genres and games. Yes any game can have popins

I'm saying size is irrelevant to talk about, it's what you do with it.

Haven't played The Evil Within but man I played the hell out of Wolfenstein. Didn't think I'd love that game as much as I do, but it was definitely worth the price of admission

Are you seriously comparing wolfensetein and the evil within (two mostly linear games) to Mass Effect in terms of scope and size?? have you actually played any of those games?

In all fairness, Wolfenstein's file size was due to the streaming textures. RAGE was pretty large too.

Though you do have a point, Wolfenstein was like a 44gb install. Great game, sure, but there have been games with more "stuff" at half the file size, so that's not really a great indicator of a good game. Could just be a large pile of crap for all we know.

I think your comment should be kept in check. I would guess you have never played mass effect.
Careful removing your foot from your mouth
Rocce

I just hope that it is New Gen only. EA Seems to be late to that party. Cross Gen hurts every game it touches because those systems hinder creative decisions.

Mass Effect is sooooo good. I'll have another.

A lot of what? Multiplayer?!
Tell you what, I want a STRONG, LONG single Player campaign, but I know I wont get this. Instead Ill get a cut up, half assed done SP, with tons of DLC and strong focus on multiplayer, you know to keep the "experience" going - since thats what ME is turned into. The next Army of Two.

^ Clearly couldn't solo Platinum and is salty about it.

But real talk, ME3's MP was wonderful. So was it's SP. MP would only warrant criticism had it taken away from the SP, which it didn't.

Played the MP twice and never went back. Oh and I don't platinum games, im old school. When I see credits roll, signifies to me that I beat the game.
MP was a HUGE distraction from the main game. There was no purpose for that content other than place a carrot right in front of the gullible, action-addicted gamers.
I like my rpgs (or in ME's case rpg-lite) long and involved. minus any mp. Like Dragon Age. I've omitted the MP part of the game and so far the SP is satisfying. Ill never miss it.

-_- Platinum was a difficulty in the multiplayer and has nothing to do with achievements/trophies.

How was MP a distraction to the game? "There was no purpose of that content other than place a carrot..." Uh, isn't that what any/all multiplayer is about? Gears of War/Last of us didn't need MP, but they didn't suffer from it - they benefited from it. Same with ME3. I play through the SP a couple times, but after that I'm pretty much done with my RPGs (Skyrim? Only had 1 playthrough... 450+hrs of it, but whatever).

But because of ME3's MP, I continued to play, and enjoy, the game for many months. Solid gameplay mechanics and challenging horde-mode? That's an enjoyable pass-time.

Though, there's something to be said about actually playing with friends, so I guess that'd be a good place to start.

Cant wait to see how EA cuts all that content in tiny DLC pieces.

I want three Blu-ray discs filled with Mass Effect goodness! That's how massive I want this game to be, make it so Bioware!

Gahh.... I still need to play ME3. ME2 was so damn good but I know ME3 pissed a lot of people off (not the reason I didn't play it.. I think I was stuck in an mmo at the time of release). Still, I better get through it before 4 is released. If Dragon Age: Inquisition's quality says anything about how Bioware will treat ME, we are in for a treat!

The Ending isn't as bad as everyone says it is if you don't have high expectations. I personally didn't see what all the fuss was about with it.

IMO its not the ending per se thats a problem.. its the way you choose the ending which is totally disappointing to say the least.
Still a great game to play

Never played a Bioware game before, hopefully this one gives me a reason to change that.

Mass Effect 4 Is Looking Better Everyday, Game File Size Is Massive, ‘There Is A Lot In There’. Umm like 10 hours of cinematics?

They have a massive, functional build of the game and we haven't seen a single pixel of it... Sigh...

I just hope that Bioware will be focusing more on the amount of content in the main quest line this time around. I enjoyed DA:I's plot but, all in all the main story felt extremely short. Besides the short story the majority of side quests seemed like it should have been in an MMO. So I'm a little nervous to see how ME4 turns out.