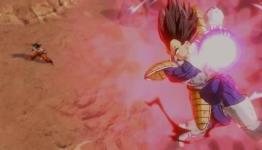 Just make a new series already. This is ridiculous.

Yeah agreed. Let's pretend the awful GT series never happened, that Pan got killed by taking an artichoke to her massive forehead and carry on from the Bu saga

Agree with you. Now, We need a new Dragon Ball series.

There is anew series on the works, i heard it will continue from after kid buss defeat. Meaning GT never happened

That's why battle of the gods was made. To start a new.

Am I the only one that enjoyed GT and thought that BotG was crap?

and that is the movies that will be releasing for now on.

Battle of Gods
and Revival of Frieza is the new thing

The new movies are during the 10 year timeskip which is after the Kid Buu saga and before Pan was born.

I loved BoTG and hated GT. It was like watching a series that was nothing but filler episodes.

I would love if a new series was made and we were told that GT never happened and that Trunks wasn't turned into some sad case and Goku turned back into a little boy only because of how popular Gotan was.

Nope GT is now considered non canon, in other words Akira Toriyama basically came out and said GT didn't happen. So consider it now a completely different series. Which is a great thing because GT was utter garbage and they now have the ability to add onto a great series.. even though they probably wont and will just keep milking out movies.. ie botg and the newest one comming the return of frieza or something like that. Which is a shame because id love some sort of continuation with Bruce Falcouner doing all the music again.. but I know it probably won't happen :(

Can't wait to fight through the Frieza saga again for the 380th time!

Goku goes super saiyen at the end of the Frieza fight! Hopefully they'll have that in the game.

SERIOUSLY though, c'mon! I've been playing the same saga since the PS1 days. It's ridiculous!