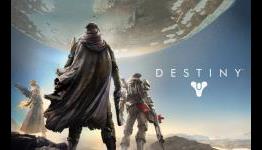 Nikhil says, "With the release of Call of Duty: Advanced Warfare and Halo: The Master Chief Collection, I think it’s safe to say many shooter fans have moved on from Destiny. Heck, even prior to the launch of these two heavyweight shooters this year many people had already called it quits with Bungie’s latest title. Yet, somehow, I find myself still eagerly waiting for the weekly reset so that I may run through the raid, weekly nightfall strike, get more marks, and the list goes on and on. Now before any of you are quick to call me a delusional fool (which I could very well be), please allow me to explain myself."

You are still playing it because you're a Bungie fanboy or you have no other games.

I can't stop playing and my backlog keeps staking up

There is nothing else this game offers to keep me playing. No matter what weapons I get, the balancing won't make it worth my time to get seeing how it won't be better than my 30 other weapons.

There are too many other good games to keep coming back to this.

I have DA I, Ac U, Cod AW, LBP3, Halo MCC, and Sunset Overdrive yet I still find myself playing Destiny before anything else

No. It's easily one of the best games this yr. I would be playing if not for Dragon Age. And Dragon Age is hands down my GotY. It blew away even my highest expectations so far.

Nerstar bad enough we have the word used everyday here in war of consoles dont start that crap by singling out gamers on certain games.
There choice they choose to play destiny or not doesnt effect you.

I'm still playing it because I want to, not because some jackass on the internet thinks I shouldn't be playing it at all.

Exactly. There is a pretty vocal crowd of "Destiny is crap, I'm bored", but frankly lots of people are still playing the game regardless of what they are saying.

Most of the people who have burned out on Destiny have already put in over 100 hours. How the freaking hell can you say "um...I'm bored with Destiny there is nothing to do..." when you've put in 100 hours?! I really think you've got your money's worth by that point.

There are plenty of other games that get praise or don't get this much "I hate it" spiel that have FAR less playtime to total completion. The beauty to Destiny is that what defines completion is totally up to you (all story missions, maxed out LVL 30 equipment and weapons, 100% trophies/achievements, etc.). I think for most they set the bar at the story missions which are just scratching the surface - play some strikes and raids and work for maxing out equipment, weapons, and subclasses.

I'm still playing it, I want a certain gun and havent got it. It drives me crazy, I need it so desperately.

"I want a certain gun and havent got it."

I know that feeling. A little before the game released I was looking at exotics and decided I wanted the Hardlight (people claim it sucks, but I still want to test it out) more than anything else. Like 9 or whatever weeks later and I literally have every exotic weapon besides the Hardlight and Monte Carlo. -.-;;

Hardlight is a MONSTER, I have got it twice. The only gun Ive been trying to get was The Last word, but sadly I havent gotten it..

They just sold last word. And i have 2 hard lights and it's terrible imho. Much prefer, at least for VoG the raid weapons, ice breaker, gallajahorn and fatebringer.

I still play it, it keeps bringing me back somehow.

Agreed! I'm playing it as well. Lots of fun, especially with friends.

Honestly, I thought the game was fun, still is, but I just can't be bothered with dlc every other month. I've officially put it down. If they release some really good story dlc with more class abilities I'd hop back on.

There's actually as been a post about a new set of abilities coming to the game, for example titan as a move where he/she can shoot pillars of light in four directions at their foes.

I would post the link but sadly did not save it

Because unlike AAA titles, this game works and is fun (more so with friends).

"this game works and is fun (more so with friends)."

I take it you haven't played the raid.

Lv30 noob, I do the raid each week with friends.

I still play destiny because I'm high in the leader boards.

disagree all you want the stats don't lie...

I guess you must of met me in game and died.. PS4-JayBizzle311

Get on my level.

Agreed,
Get on his lvl

I reached level 30... obviously my armor is upgraded to max. I have amazing weapons...with nothing else to do. It was fun while it lasted...

I got over it pretty quickly. Now, there are just too many great games out for me to even consider getting Destiny again. Sold it for The Evil Within.

I'm off that till they add the new DLC or a trade system.

Destiny is an interesting situation,I get kinda stoked to play it and then realize after 20 minutes that I don't really want to.
The constant stream of articles essentially describing and attempting to justify a love/hate relationship with the game are tiresome.

I'm likely guilty myself now that I think about it

Cause your a lolipop,

Its a fun game, no reason not to play it

I'm still playing it too. Its extremely fun if you have friends to play with.

Good game , still playing too. Crucible is a lot of fun and fairly balanced.

first mmo since wow beginnings that made me that much addicted. I very like the game and enjoy it every day without any frustrations or boredeom.

I just think that people who don't like it do not understand the concepts behind this game.

I'm max level, full raid gear, only missing about 3 guns from the Raid so far, seriously.

PVP annoys me due to ridiculous hit detection a lot of the time, players dying after you do etc. That and everyone just uses auto rifles.

I have...no reason to go back and haven't played for about a month. When the DLC arrives I'll head back in again, but with Far Cry 4, a laggy Unity, GTA 5 and the insanely massive Dragon Age Inquisition...that DLC better blow me away to get me interested in going back.

Its not a bad game but after finally getting my hands on Dragon Age: Inquisition I haven't looked back at Destiny and I probably won't in the future either.

DA:I is seriously absolutely massive RPG. It will last me even beyond the releases of the The Witcher 3: Wild Hunt and Bloodborne.

Bioware did a fantastic job after the letdown Dragon Age II was for me personally.